Bron: KNMI
Freedom is not worth having if it does not include the freedom to make mistakes.
Ries
Lid
Woonplaats: Brouwershaven
Berichten: 4470
Lid sinds: 3 jul. 2010

Freedom is not worth having if it does not include the freedom to make mistakes.
bliksemdenhaag
Lid
Woonplaats: Den Haag
Berichten: 1728
Lid sinds: 7 jul. 2012

THERE IS A RISK OF THUNDERSTORMS FORECAST

Synopsis
A deep upper trough over the E Atlantic extends south from Iceland towards NW Iberia during the forecast period, with a blocking high pressure system over NW Russia/Scandinavia. Warm Air Advection (WAA) ahead of the trough to the west continues to spread relatively warm and moist air north across western Europe including mainland UK, with a gradual destabilisation across the north and west today, ahead of cold front lying across western Scotland and south through the Irish Sea/east coast of EIRE/N Ireland.

Plume of relatively warm/moist air noted at 850mb on midnight radiosonde ascents spreading north across mainland UK has destabilised this morning across on western edge of the plume, with elevated storms in last 3-4 hrs across SW England, Wales, N England and E Scotland, as increasingly colder air between 500-300mb overspreads from the west in association with upper trough to the west. These storms may continue to bring a risk of localised flooding and cloud-to-ground lightning across parts of northern and western Wales, IoM, east coast of N Ireland and NE Scotland over next few hours before gradually clearing away north and easing.

Airmass is then expected to stabilise later this morning and through the early this afternoon, before destabilising later again from the SW, as upper flow increases and heights/surface pressure begin to fall, increasing ascent of warm moist plume, so there will be a risk of further heavy showers and some isolated elevated storms breaking out across the far SW England and Wales by the evening ... also isolated heavy showers and thunderstorms may break out across the southern uplands of Scotland and over the Pennines, in response to surface heating and upslope ascent of easterly flow.

Some elevated thunderstorms may push up from N France into the above areas in the early hours of Tuesday morning, as forced ascent increases with approach of a shortwave trough in the upper flow moving north and arriving across SW/S England overnight and cold front moves in from the SW Tues morning. With increasingly strong upper flow and deep-layer vertical shear - any storms may organise into mulitcell structures bring a risk of flash-flooding, hail, gusty winds and frequent cloud-to-ground lightning.
Every cloud has a silver lining
Entity
Lid
Woonplaats: Zevenaar
Berichten: 422
Lid sinds: 16 jul. 2007
19 mei 2014, 17:27 uur | Bericht #423835 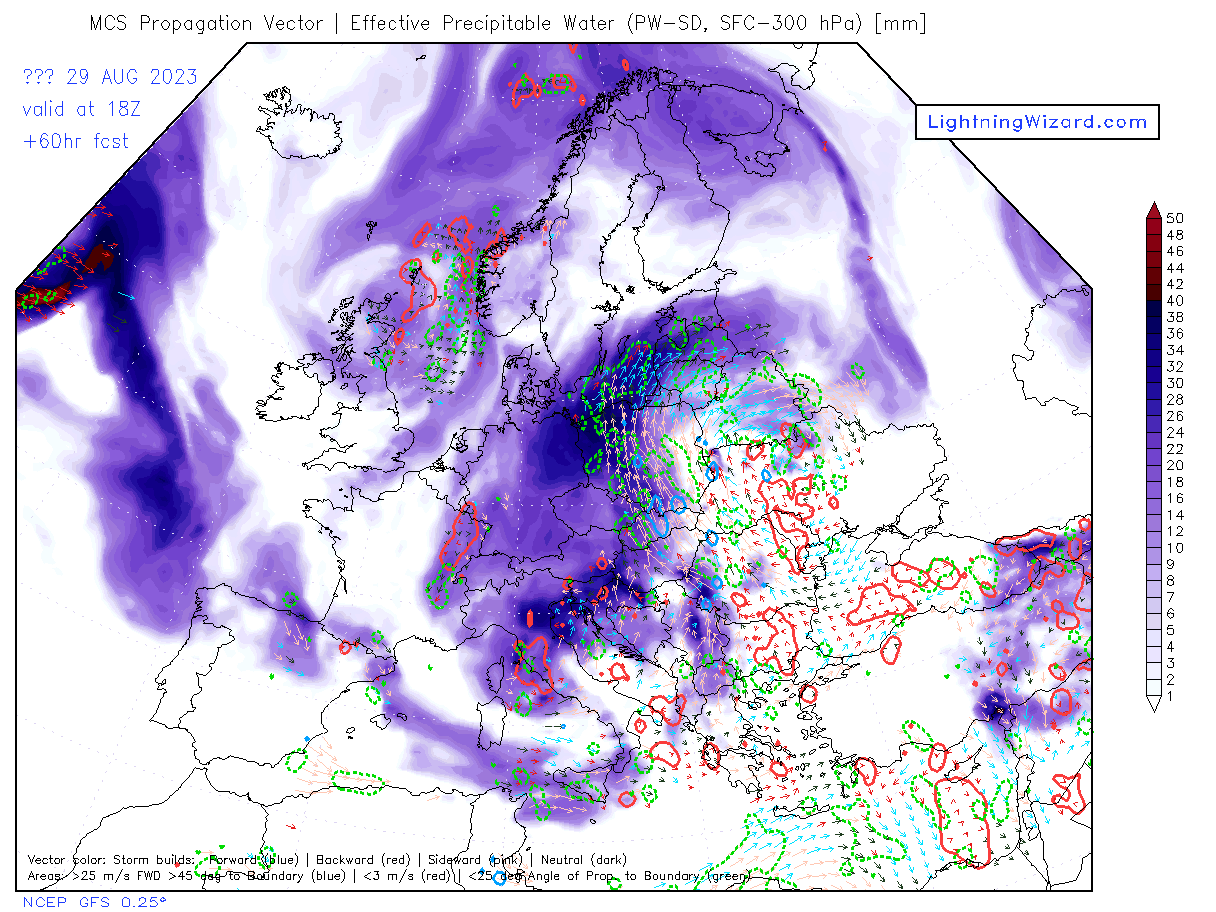