Tropical Cyclone Winston made a U-turn in the Southern Pacific Ocean just north of Niue, and appears to be headed back toward Fiji.

On Feb. 18, the gale warning for Niue has been cancelled now that Winston has moved west. However, a tropical cyclone alert is in force for Fiji, specifically the Lau group, Taveuni, Lomaiviti group, eastern half of Viti Levu, Kadavu. In Tonga warnings remain in effect. A storm warning is in effect for Vava'u and a gale warning is in effect for Niuatoputapu, Ha'apai, Tongatapu and 'Eua.

On Feb. 18 at 12:41 UTC (7:41 a.m. EST) NASA-NOAA's Suomi NPP satellite passed over Tropical Cyclone Winston and the Visible Infrared Imaging Radiometer Suite (VIIRS) instrument aboard saw very strong thunderstorms around the eye. Infrared date from VIIRS showed a large eye with tightly curved, strong bands of thunderstorms wrapping into the center. Strongest thunderstorms and coldest cloud tops were in the northwestern quadrant. Temperatures in storms there were as cold as minus 80 degrees Fahrenheit (minus 62.2 Celsius).

Animated enhanced infrared satellite imagery showed that Winston has a large, ragged eye with cloud-top cooling observed within the eye wall over six hours before 1500 UTC. When cloud top temperatures cool it means that the air is rising faster and stronger than before, pushing cloud tops higher into the troposphere (where temperatures are colder). Cooling cloud tops are an indication of a strengthening storm.

The Joint Typhoon Warning Center (JTWC) forecast expects Winston to strengthen to 110 knots (126.6 mph/203.7 kph) and then begin on a weakening trend from Feb. 19 as it tracks over cooler sea surface temperatures. By Feb. 20, Winston is forecast to run into increasing vertical wind shear which will also help to weaken the system.

JTWC calls for Winston to move closest to southern Fiji on Feb. 21. It is then expected to turn southeast. For updated warnings and information from the Fiji Meteorological Service, visit: http://www.met.gov.fj/aifs_prods/20036.txt.

Tropical Cyclone Winston has changed course and is bringing stormy weather to Tonga.

The cyclone was estimated to have an average wind speed of 120kmh at its centre, with gusts up to 170kmh.

The stormy conditions brought down powerlines in Vava'u.

It has already caused power outages, minor damage and flooding in low-lying areas.

READ MORE: Get set for the wet, NZ

There were no reports of injuries or casualties, according to Radio New Zealand.

ower is out in many parts owing to damage caused by Cyclone Winston.

Greg Just, based in Vava'u, said there had been "massive damage to power and phone lines" and "huge tree and crop damage".

Over the last few days the cyclone weakened to a tropical storm, however on February 16 it regained hurricane-force and threatened Tonga and American Samoa.

MetService said the cyclone was category 2.

Damage to a military base in Vava'u.

Over the next 24 hours the cyclone is expected to remain category 2, moving northeast. After that, it's expected to track west towards Fiji.

Kiwis planning travel to the Pacific are advised to keep up to date with the latest forecasts and any severe weather warnings.

In January, a state of emergency was declared in Tonga as Tropical Cyclone Ula passed close by bringing strong winds, heavy rain, and damaging swells.
Bron:http://www.stuff.co.nz/world/76983045/cyclone-winston-causes-damage-in-tonga 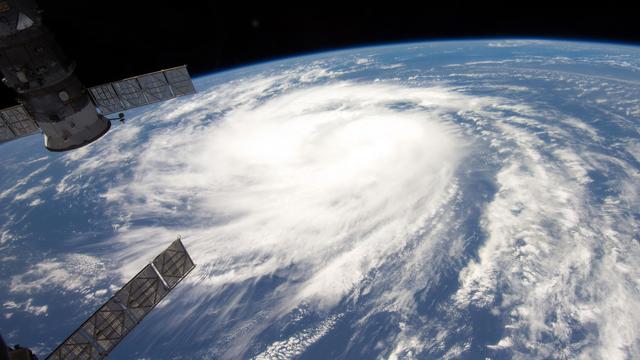