Severe thunderstorms are affecting parts of eastern Europe and the Balkan Peninsula this week, producing heavy rain and strong winds.

The storm produced at least two tornadoes in Hungary on Wednesday, May 3, 2017. Although not unheard of, tornadoes in this region are rare.

The first tornado was reported in Tolna county, southern Hungary on Wednesday afternoon. The second was reported in Jászboldogháza, central Hungary, east of Budapest. There were no casualties or damage reported.
The same weather system hit Serbia, producing very large hail. The image below comes from Moravac, courtesy of Marija Stanković and Severe Weather Europe.
This round of severe weather is expected to persist into late this week as the slow-moving system affects regions from northern Greece into Poland, Belarus and western Ukrain. The worst of the weather, however, was expected from Serbia into western Romania and southwestern Ukraine into Thursday, AccuWeather Senior Meteorologist Kristina Pydynowski said.

"Wednesday's violent thunderstorms will wane overnight with flash flooding threatening places that endure repeated downpours," Pydynowski said.
The severe weather threat will shift out of eastern parts of Slovakia and Hungary and focus on the corridor from Lviv, Ukraine, to Niš, Serbia, on Thursday afternoon and evening.

"Similar to on Wednesday, a few of the strongest thunderstorms will be capable of producing hail, locally damaging winds and flash flooding," Pydynowski added and warned that an isolated tornado can also touch down.

Localized rainfall amounts over 25 mm (1 inch) per hour are possible which can result in flash flooding. Isolated wind gusts over 100 km/h (62 mph) will be possible in the strongest storms. Wind gusts of this speed can result in power outages, tree damage and travel disruption.
Bron: https://watchers.news/2017/05/04/tornado-hungary-may-2017/ 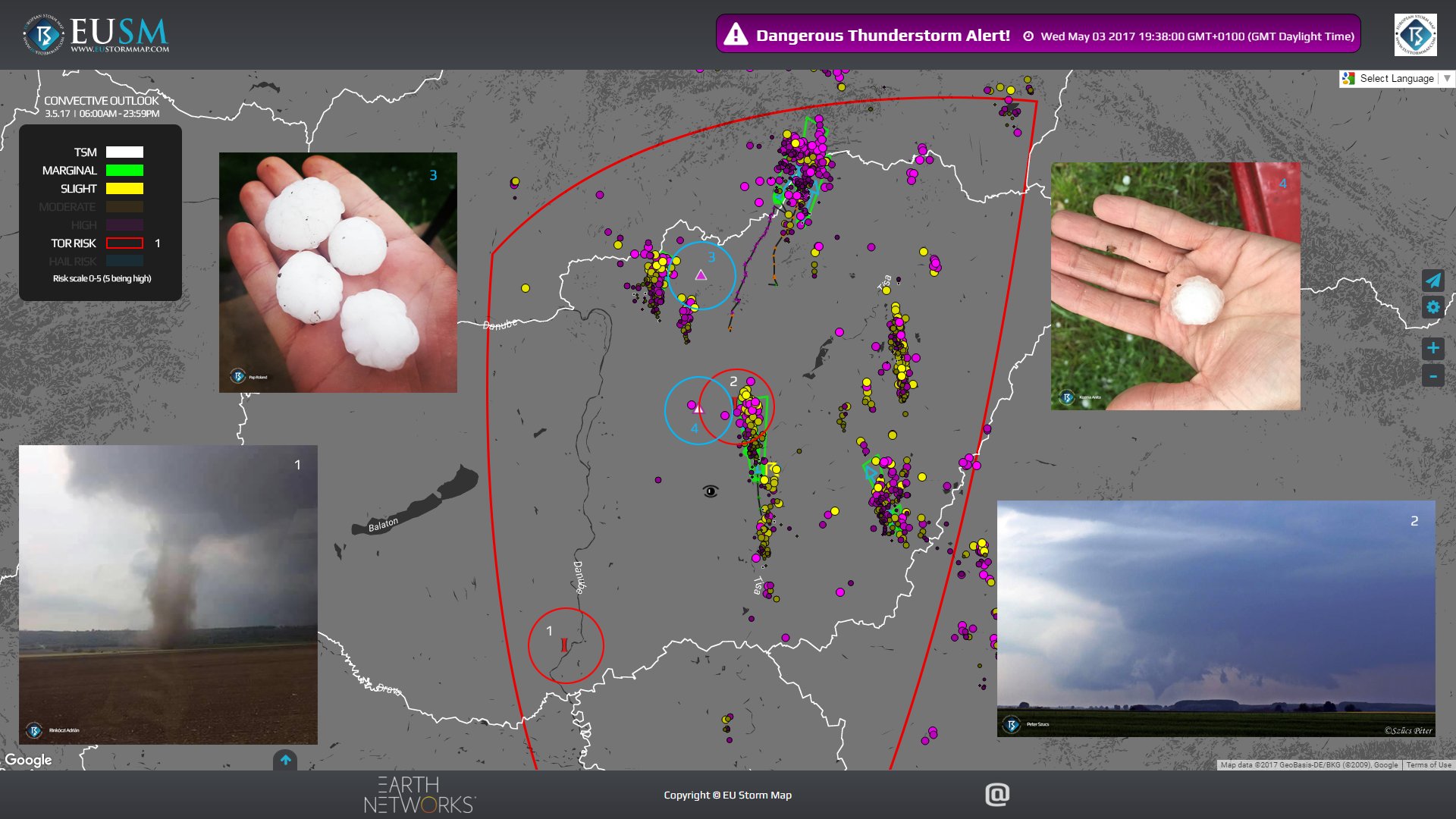